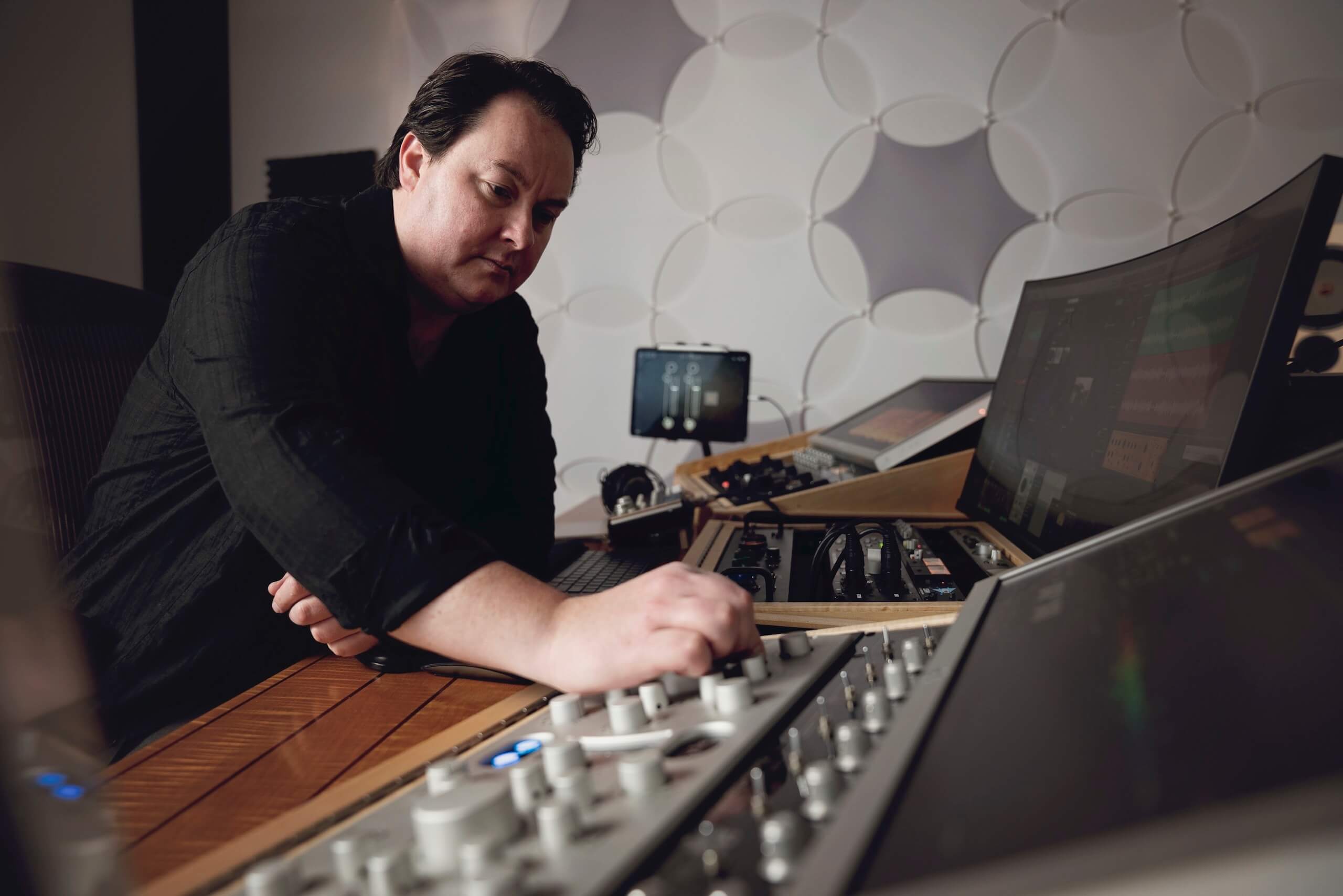 Thaddeus has over 24 years experience in the studio, teaching audio engineering classes, & doing live system tech/mixing on the road.

He has worked with hundreds of talented bands and musicians on thousands of releases, including: Frank Black (of PIXIES), Keb’ Mo’, Thomas Mapfumo, Phutureprimitive, Anna Tivel, and many many more.

Every session he works on gets the same level of care and detail to make sure the artist’s vision is met.

Details and a brief history

WHO IS behind LIQUID MASTERING?

With 24 years of experience working in nearly every style of music, Thaddeus Moore is the head mastering engineer at Liquid Mastering.

Thaddeus has deep experience in the industry, having worked with thousands of artists, on hundreds of albums, and in dozens of tours and hundreds of shows as front of house/monitor mixer for live concerts, as well as being a performer himself. He has worked for both major and indie labels and independent artists on the whole spectrum of audio projects — including rarer items like spoken word, movies, television, and video games — gaining an ear for today’s current trends in mixing and mastering which he balances with an understanding of both modern and retro techniques.

Thaddeus loves high-quality analog signal chains, as well as the amazing new digital tools that seem to be springing to life every week. He has been a beta tester for brands of plugins you probably use … due to nondisclosure agreements, we can’t tell you who, but there are many!

In addition to designing and building the Liquid Mastering studio in 2012-16 and building Sprout City Studios in 1997, Thaddeus has helped design acoustic treatment, sound reinforcement or recording systems in many venues and churches, for hundreds of musicians, authors, podcasters, and budding engineers. Also, having a passion for helping people understand sound physics, capture, and manipulation, Thaddeus has taught college-level audio engineering classes since 2003 and does regular speaking events at colleges, universities and engineering groups.

In addition to mastering, Thaddeus spent his early days forging a music career with a discography of his own. He toured the U.S. performing indie-pop rock with Circa Vitae and live electronic music with Phutureprimitive. Years of recording and performance gave Thaddeus deep knowledge in translating music from the studio out into the real world.

Never content with just being “good” at what he does, Thaddeus is constantly refining his approach to music recordings in the pursuit of perfection. He spends countless hours honing his craft, always in search of ways to refine and enhance his process for maximum emotional impact. For Thaddeus, mastering isn’t just technical prowess: it’s a beautiful blend of art, emotion, and technique.

He cares deeply about mastering and sees each and every project as important regardless of whether it’s a major artist or someone with their first release. His clients will tell you he always puts in the effort to ensure everything is as dialed in as it can possibly be. Read some of the testimonials [hyperlink] and you’ll see why so many artists choose Thaddeus to be involved in the proper finalization of their music.

Thaddeus here, how can I help you?